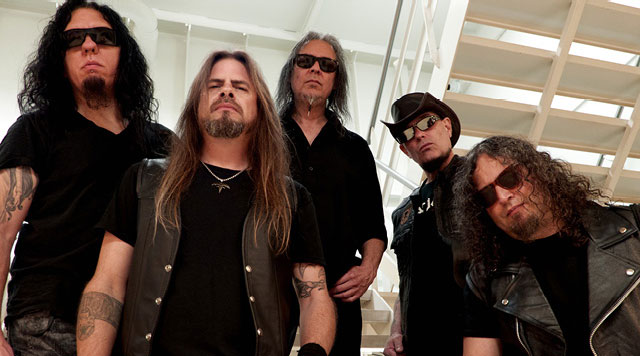 Queensryche first burst onto the music scene in 1982 with the release of their self-titled 4 song EP "Queensryche". They very quickly gained international recognition and performed to sold out audiences around the world. With the follow-up first full length album "The Warning" in 1984, and the groundbreaking 1986 release of "Rage For Order", Queensryche continued to prove their worldwide dominance as one of the most respected and creative bands of the 80's. In 1988 the band turned out yet another monumental album "Operation: Mindcrime", which would go on to become one of the TOP 10 best selling concepts records of all time, and set the stage for continued sold out performances around the world. With the release of the critically acclaimed and commercially successful "Empire" in 1991, the band earned multiple Grammy Award nominations and won the MTV "viewers choice" award for the #1 chart topping hit "Silent Lucidity". During the next ten years, the band continued to release albums and tour the world to sold out audiences. Queensryche has sold over 30 million albums worldwide and have continued to break new ground and push their creative process.

The band's name is uttered in the same breath as many of the groups they looked to as influences and others who arose as peers. Queensryche built a dedicated legion of fans traveling the globe on tour with fellow rock giants like Iron Maiden, Guns N' Roses, Metallica, Judas Priest, and Def Leppard. In recent years, they've consistently delivered high-octane live shows combining the hungry fire of a new band with the tempered experience of master showmen. Even with eleven gold and platinum plaques and several Top 10 hard rock anthems woven into the very fiber of the genre, Queensryche won't relent. In fact, they're in the throes of a jaw-dropping creative resurgence.
Cost:
Tickets from $29.95 plus taxes and convenience fees