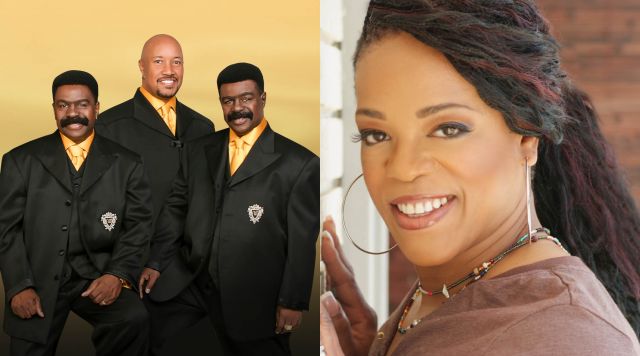 The Whispers with Eveyln "Champagne" King

April 18, 2020 • 8:00pm The Club Tickets from $29.95 Facebook Buy Tickets
In the annals of R&B history, the Grammy-nominated The Whispers have earned a solid and memorable position, celebrating over fifty years in the industry.  They are one of the finest and longest-lived R&B vocal groups, and what's most amazing is that they did it with nearly all the same members. They are known for their smooth soulful ballads and remain one of the premier R&B groups to ever grace the stage. Their musical success can be attributed to a careful balance of R & B, disco, jazz, and pop to the delight of millions of fans.  Musical accomplishments include double platinum albums, thirty-three top ten hits and over twenty Billboard charted albums over a span of five decades.

They called her "Bubbles" because of her effervescent personality and sense of humor. Some thought she'd grow up to become a comedienne. But young Evelyn King was an all-around performer who sang, danced... whatever it took to hold her audience of friends and family members.

"You have to live life to know life," says vocalist-supreme Evelyn "Champagne" King. "That's the philosophy I apply to my day-to-day dealings and that's the philosophy I apply to making my music."
Evelyn "Champagne" King is one of the few disco stars who successfully weathered the decline of disco to have more hits through the 1980's. Not only did she manage to survive as a star into the 1980's, she is still recording and touring frequently today.

Without issue Evelyn "Champagne" King has continued to enjoy success over time. Hers is a name that commands respect within the industry, a name which has remained prominent in the Pop, Club and R&B arenas since the artist burst onto the music scene what seems a short time ago. King made her dramatic introduction with 1978's Top 10 crossover classic "Shame" off her Gold-plus debut album Smooth Talk. Few are the music enthusiasts who can recall that tune without finding themselves humming or singing its profoundly catchy chorus. "Shame" was an exciting taste of things to come from an artist on her way to superstardom. Evelyn has since received a ”Dance Music Hall Of Fame Award” in 2004, “Living Legend Award in 2007, and countless Outstanding Achievement Awards for the work she continues to do in the music world.


Cost:
Tickets from $29.95 plus taxes and convenience fees